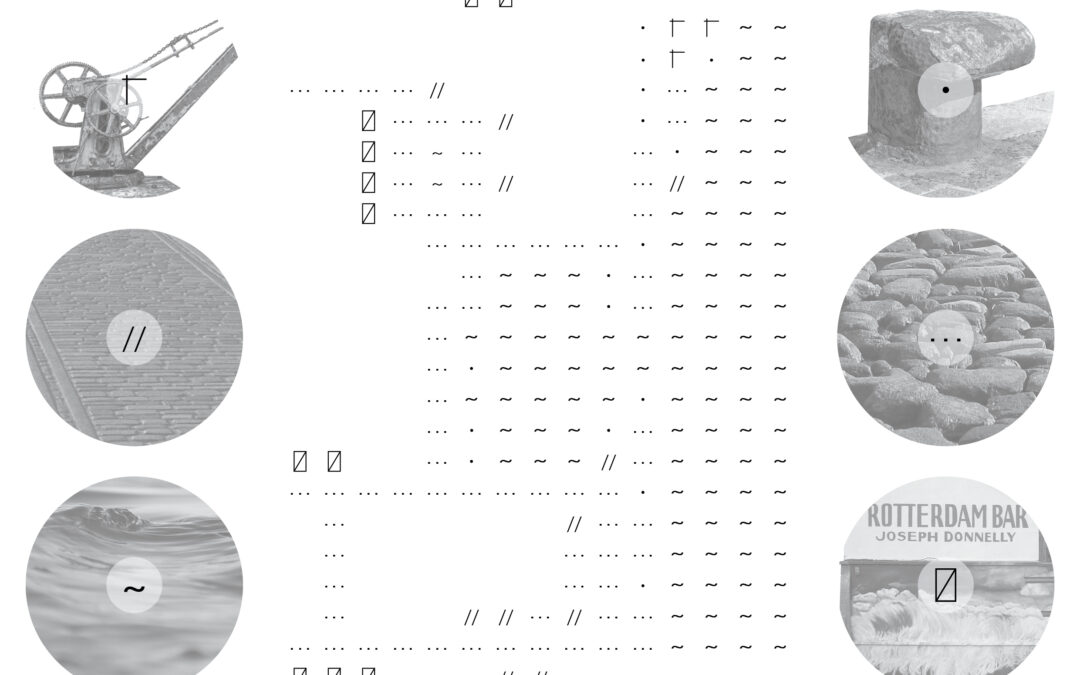 The piece highlights the friction between future development and the local community of Sailortown. However, Johnson aims to ensure that “these artefacts are retained in any future development and highlight their historic significance”. In the score, Jake Johnson utilizes images of identifiable aspects of the city of Belfast to connect the score to its sounds. The piece has six different disks along the borders of the score, which we interpreted as six different sound styles to use in the performance. We chose to create a stark contrast in the performance, representing the clash of industrial development in Sailortown with the existing community in Sailortown, gradually merging into a blissful harmony between the two. Each of our sound patches on the VCV rack represents one of the discs in the score, and the center of the score is the guideline of how to perform it. Each sign represents a cue for the player to perform profoundly and once they are first initiated to begin they continue throughout the piece. The soundscape ranges from ambient waves and footsteps to pitched instruments depending on the interpretation of the sonified symbol of Belfast. Since our group members are all online, we collaborated through Cisco WebEx and recorded our work through SoundTrap. All of the non-note based controls for the performance on VCV Rack are done through TouchOSC.