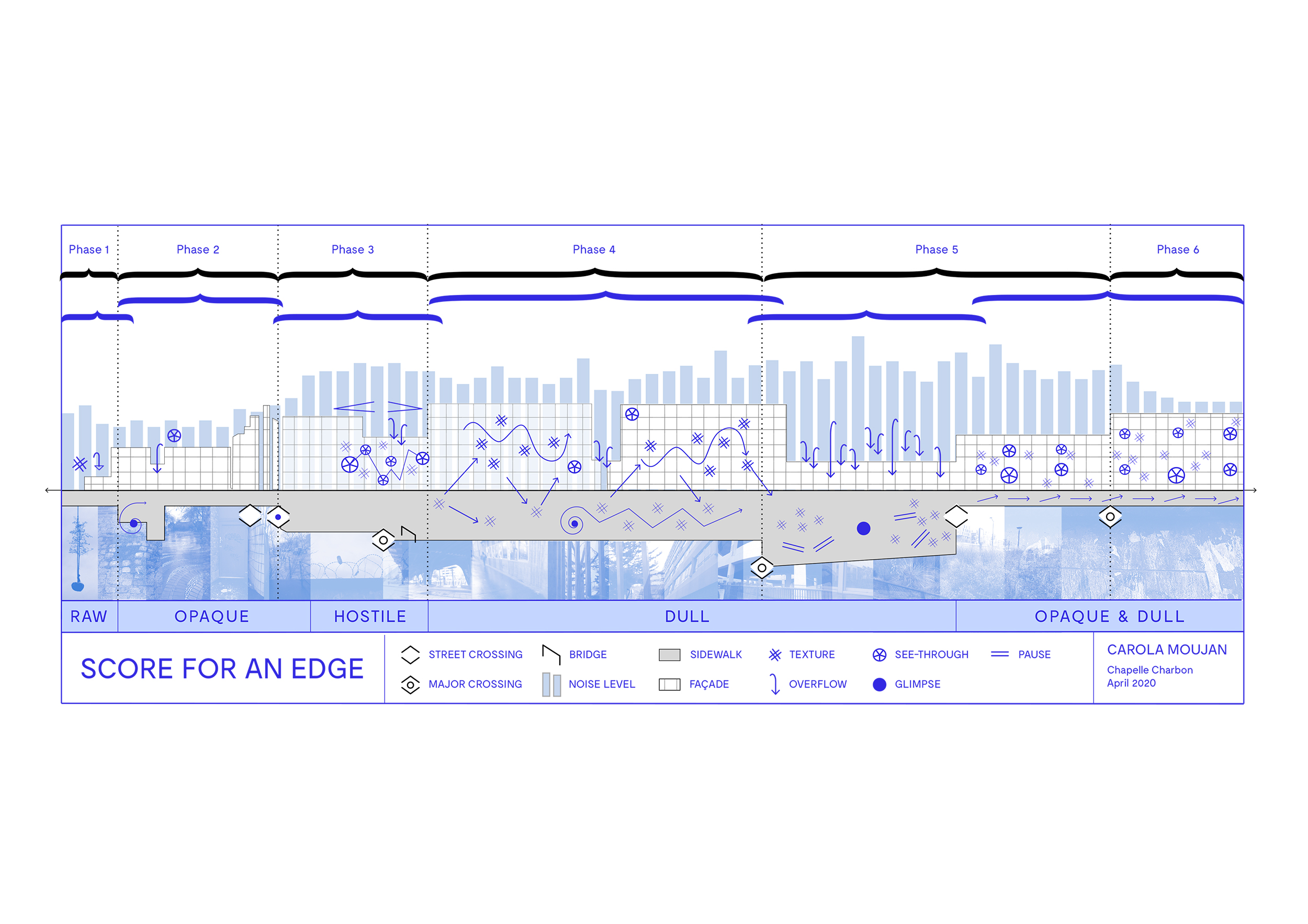 Score for an Edge

How can we set the stage for meaningful encounters with a site in becoming? Develop affective, sensorial and spatial relationships with what is yet to be? This piece takes Chapelle Charbon’s edge qualities (raw, opaque, hostile, dull) as a base, inviting novel interaction patterns in response to the site’s negative affordances.

Score for an Edge is divided in six phases. Infrastructure elements (represented in black and grey) such as urban morphology, street layout and landmarks determine the spatial extension of each phase, while sensorial qualities of façades and materials, presence of vegetation, and noise level (in light blue) condition their perceived duration.

Design interventions (represented in dark blue) aim at playing with perceived duration. At a local level, they counteract opacity, hostility and dullness whenever possible, without modifying urban infrastructure. As a whole, they compose a choreography of sensations, actions, and paths.