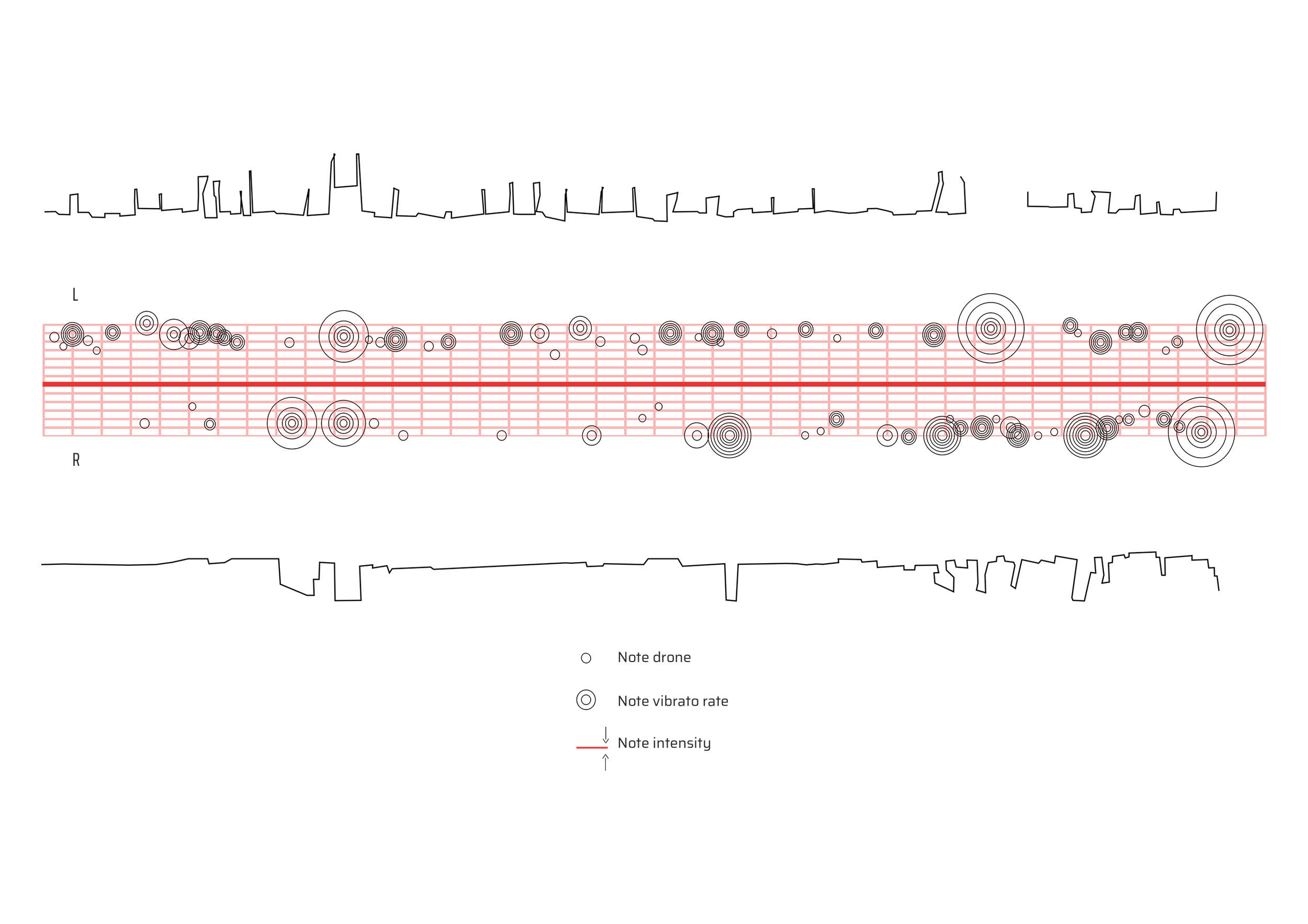 Variations for Winds and Drones

A state whose urban expansion had an ostensible aleatory behavior, Lebanon’s spatial disparity would be synthesized through an interplay between architecture and its political narratives, but also through its emergent sonic textures. Beyond any activity within an urban landscape, psychoacoustic agencies – that dictate how any signal reaches a listener’s ears and its neurocognitive processing – are first and foremost sculpted by architecture itself and translated via faculties of sonic memory. Through this logic, the territorial migration and reflection of vibrations, known as the reverberation of sound is both a phenomenon that registers the urban conditions and an account of policies that spawned those conditions.

This graphic score attends to architectural environments as containers as well as modulators of sound in its acoustic sense. A notation system designated for wind instruments, it extracts its rhythms, repetitions, extensions and amplifications from a reverberation analysis on a peripheral Beiruti area, whose systemic social and urban marginalization was mirroring the state’s continuous subjugation of its most precarious classes. Ouzai district’s architectural layout in relation to its inadequate infrastructure is an assemblage that divulges years of planned exclusions. Ray-tracing of early and late reflections of sonic interactions with building angles, density and their negative spaces were assessed a slice of a blueprint from Ouzai’s proximity with Beirut’s airport (shown on top and bottom of the score) using Noise tools open source acoustic simulation software. This data extracted was later simplified under the form of rings that dictate the initiation of continuous mid-frequency notes (as frequencies that get extended the most in reverberations), their intensity and their vibratorate. The two wind instrument musicians (top and bottom of the thick red line) performing the resulting stochastic arrangement, have the freedom to decide tempos and scales.

Mhamad Safa is an architect and composer based in Beirut. His research-based practice deploys the study of space and its acoustics to reveal intricacies of violence at the limits of visibility.