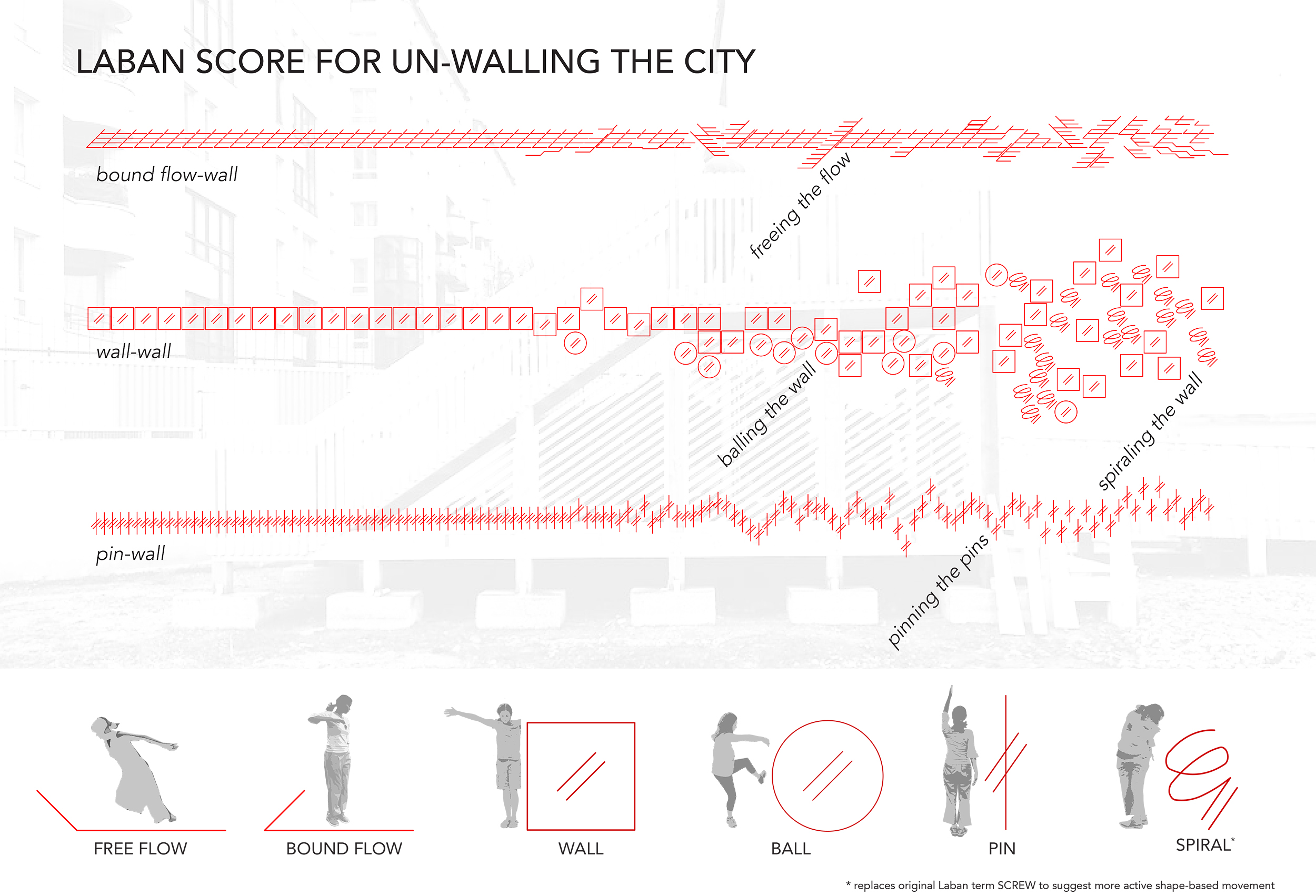 Laban Score for Un-Walling the City

During the scoring workshop at Chapelle Charbon we viewed the park under construction through the spindles of a tall fence and used our observations of line, shape, and texture— all of which, we believe, are structured by movement—as inspiration for our own movement explorations. By distilling dynamic and spatial qualities from movement phrases we had improvised at the park we were able to translate them into a visual score using a form of notation known as Laban Motif Writing. We created a “moving score” as a fluid depiction of how future park goers might connect kinesthetically and sensorially to the space through playful, spontaneous bodily movement. Our “moving score” is a tool for embedding human physicality and embodiment into the design process.

As we walked around the site we continued to notice layers of physical barriers such as fences, walls, and massive fragments of urban infrastructure (ie. the peripherique) dominating the landscape. Our new score Laban Score for Un-Walling the City reflects upon this condition by organizing the symbols in a way to suggest that movement – either bodily or architectural – can offer ways of opening up walled conditions and create moments of micro-porosity in an otherwise divided cityscape. Structured by the Laban language of movement, this score treats the symbols as graphic textures that dance across the page,
activating seemingly static conditions. This score is intended to invite movement-centered thinking that can be applied to similar conditions across the city. Thus scoring is a means of imagining, visualizing, and projecting movement into a space that one is not presently inhabiting as we did from outside the fences surrounding the site. The process of improvising scores reinforces the importance of interconnections between bodies, movement and public space at a time when many of these have been lost.

Soma-City is an interdisciplinary collaboration between urban designer Rennie Tang and movement analyst/dance eductor Lisa Sandlos that draws on our combined perspectives and expertise to develop strategies for enabling fuller physicality and more dynamic human movement in urban public spaces.