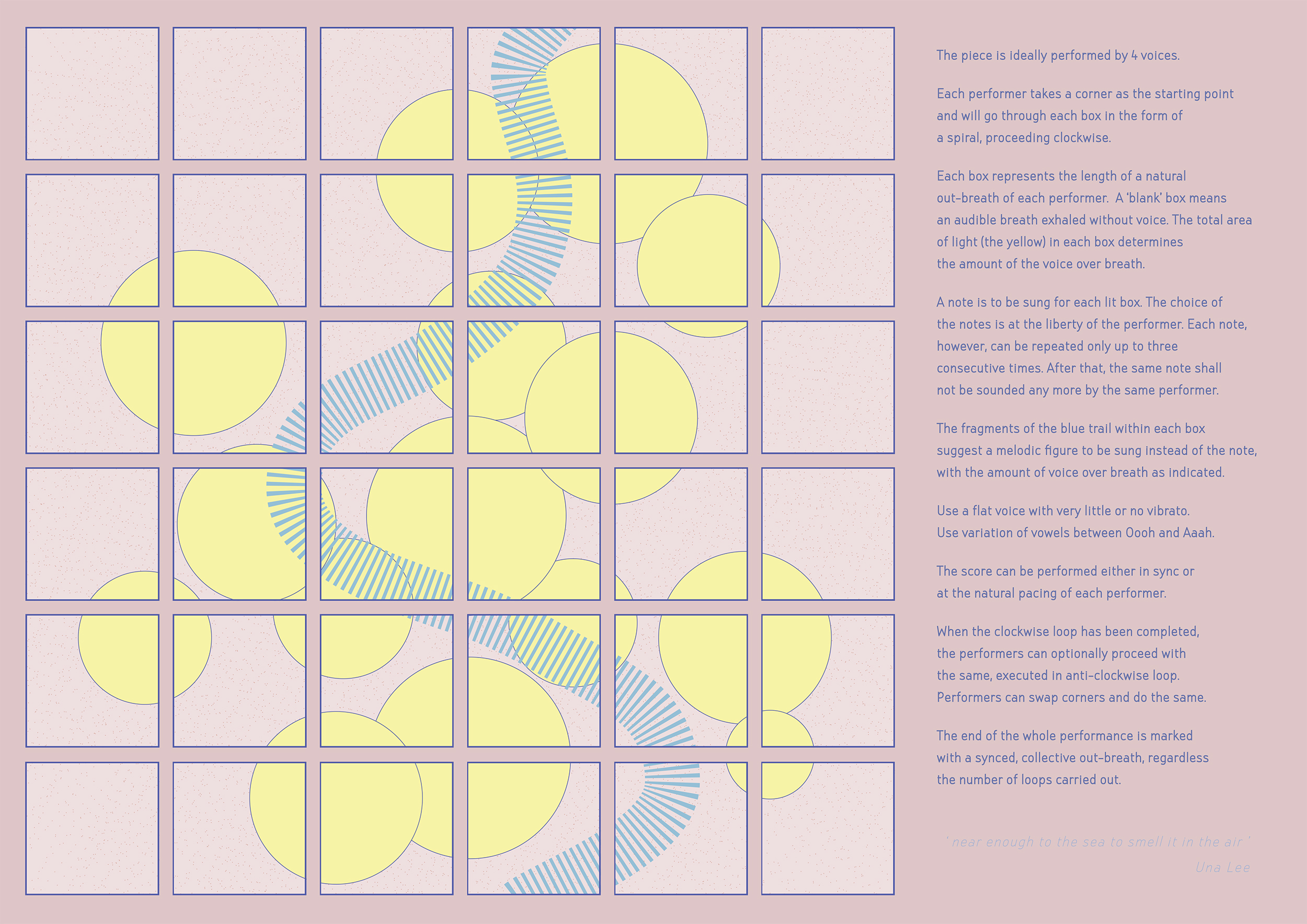 ‘ near enough to the sea to smell it in the air ’

When faced with a task of creating a score using non-traditional musical notation, I have two objectives in mind: one is to make the score visually self-sufficient, while the other is to facilitate a meaningful piece of music to emerge from it beyond a minimally organised improvisation. The case of this project brought the same predicaments to me, which I tried to resolve through the following.

I had a specific mental picture of Sailortown from the walk we took during the workshop. Besides certain visual and sonic memories, the uncategorisable impression that stayed with me was that the place felt ‘just close enough’ to the sea – sea serving here as some sort of metaphor for a better life. This remnant from the visit stuck with the identity of the town, ‘sea’ became a theme for my piece. ‘Wind’, which is prevalent in Belfast, was the other subject I engaged with. Translated as a human breath in this piece, blending with and crossing over to voice and back, the wind exists over the borders between sea and almost-sea, past and barely-present, Sailortown and the rest of the world.

I modelled the visual aspect of my piece after an areal view of former Sailortown found in the workshop booklet. On this image, areas depicting Sailortown were marked with ochre yellow rectangles, with the notorious motorway painted in black. These elements were taken and abstracted into other shapes and colours. The boxes dividing the whole image into 36 smaller images were added to facilitate the presence of an order for the coherence necessary to a musical composition.

Una Lee is an artist working with sounds, stories and sensations based between Belfast and Norwich.